Behavior Challenges that Surface in the Fall, Part 1

Concerns about behavior challenges often seem to arise at this time of year…after the honeymoon period of getting back to school. Especially this fall, when many students are returning to the classroom after more than a year of remote learning, the newness of being back with friends and enjoying the social aspects may have added more than a few days to the honeymoon period. The long period of social distancing may also make the settled-in feeling that we expect at this time of year to be missing or even challenged by some students. 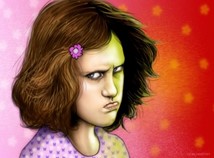 This last bit, problems surfacing or failing to settle down, is a pretty common problem among the teachers I mentor and strategize with each week.

Most often, those children who, for one reason or another, are becoming confrontational, defiant, and/or bullying with both children and adults are the students who are being brought to our discussions.

This is the time of year when responses can be tricky. How should we respond to challenging behaviors? Does the timing have anything to do with the level of challenge? If this is a new problem, how did I miss it earlier in the year? If this was a recurring problem from previous years, why did it just now really get ugly?

If you’re asking questions then the first thing I want to say is, “YAY YOU!!!”

Questioning is the first step to finding a solution. Often we adults are tempted to see a recurring behavior and jump right to assuming we know what’s going on. Often this assumption leads us to take actions that only make the problem worse. It’s not too long before we are locked in an entanglement that is difficult to unravel.

If we are able to stay in our questioning mode a bit longer, we may find that the true reason for the unruly or downright abusive behavior is something totally different…something we might have missed had we jumped in with a corrective action too soon.

So how do we do that?

I have two responses to this question and I’m going to give you the short answer first: Hang out with the student and get to know them. Talk about ANYTHING, but show interest in them. Ask them how they are doing? Ask about what they are interested in learning this year. Ask what they hope school will be like this year and if there is anything they’d like you to do to support them in their quest to achieve that vision.

Anything that I will suggest in my second response must be built on a foundation of relationship. Sometimes, when you concentrate on the relationship, the undesirable behaviors begin to slip away or at least become manageable with just a smile or a glance in the  general direction of the student.

So do whatever you can to build relationship.

This can be difficult. We have feelings, too, and we have SOOOO much to accomplish with the entire class. But I assure you, that spending time getting to know that one student who is occupying all your after-school thoughts will pay off as you begin to sort out what’s going on underneath the unwanted behavior.

A process for that sorting out continues in part two which will drop next week!