"There is in the child a special kind of sensitivity which leads him to absorb everything about him, and it is this work of observing and absorbing that alone enables him to adapt himself to life.  He does it in virtue of an unconscious power that exists in childhood… The first period of the child’s life is one of adaptation.  It is the child’s special adaptability that makes the land into which he is born the only one in which he will ever want to live."

Exhausted. Spent. So completely ready to be home after intense days of travel, I could almost feel the cocoon of my bed and the quiet respite that awaited me. After nearly two years of mostly isolation, I’m not used to being around so many people. I couldn’t wait to return to the quiet darkness in our tucked away corner of the world.

I stepped onto the plane with two goals in mind: Rest…even sleep if possible. And sit where I could have a quick exit once we landed in San Diego.

Most people would have skipped the seat I spied. A young mom bouncing a little one on her lap. Was this a signal for a noisy flight? But the seat was not far from the front of the plane, right on the aisle and would be an easy exit once we landed. I’ll take it.

One hour later, without a nap, the exhaustion was gone! The vibrancy of that little one had renewed my spirit as a little shut-eye never could. Through twinkling eyes only, I felt that the two of us had connected in some remarkable way. With face coverings, he only could see the crinkles of my smiling eyes, but he seemed to feel the joy that I was experiencing through his wiggles and coos.

I thought of this quote from The Absorbent Mind:  "The child has a different relation to his environment from ours... the child absorbs it.  The things he sees are not just remembered; they form part of his soul.  He incarnates in himself all in the world about him that his eyes see and his ears hear." (The Absorbent Mind, p.56) 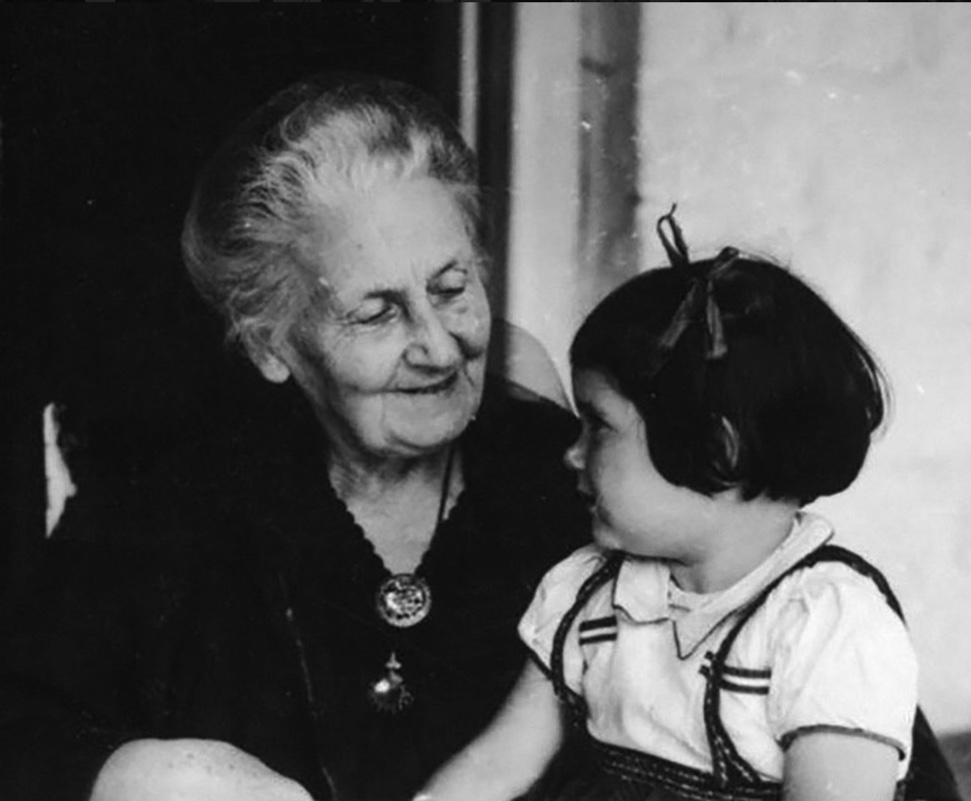 Is his little soul feeling what is happening to mine as our eyes lock and we can only share gazes? Is he absorbing the elation of the little old lady who chose to share his row?

I saw him again after collecting our things and heading to the street to meet our rides. This time there was genuine recognition in his eyes. He giggled and buried his head into his mother’s shoulder, only to pull it back up and giggle some more. She remarked at his delight.

“I’m sure he recognizes you! This is not how he usually responds to someone he doesn’t know!”

Whatever it was, he and his delight had brought about a change in me. I went seeking more of Dr. Montessori’s words of wisdom about the young child, that I might find some clarity about what I’d just experienced. This is what I found:

"All that we ourselves are has been made by the child, by the child we were in the first two years of our lives." (The Absorbent Mind, p. 6)

Whatever we experienced, that little one awakened a memory, touching the happy-baby-self that made me.